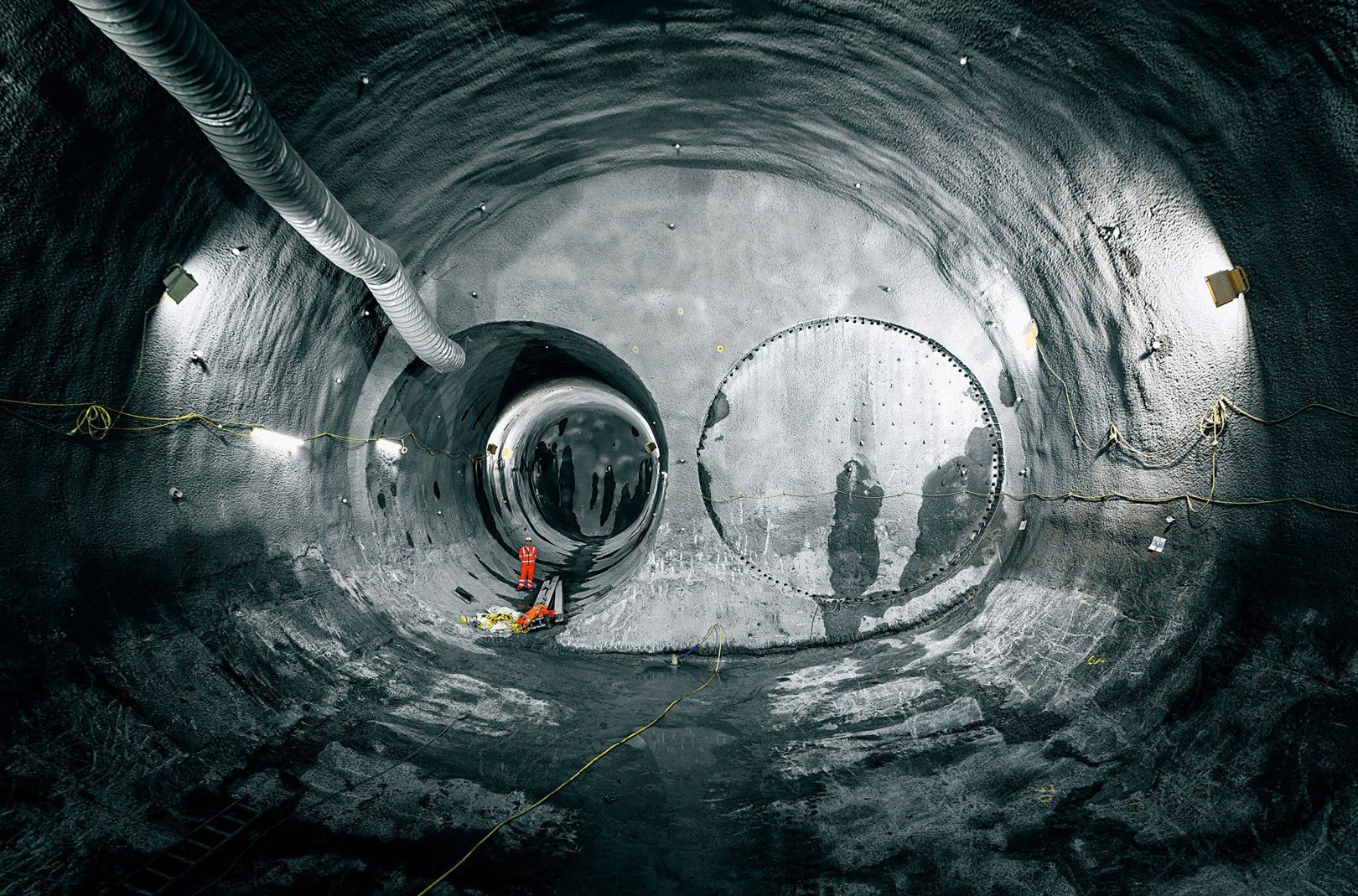 Journey into the depths of London’s Crossrail tunnels

As Crossrail speeds closer to its December 2018 start date, curiosity is building about what is going on beneath the streets of London to build the fast and exciting new line.

There have been teaser images, concept shots and timelapses and the project to build the new Elizabeth line has seen more than 23 miles of tunnels carved out under the capital’s streets. When the line is fully running, Transport for London (TfL) said it will be able to carry half a million passengers per day and it will increase London’s rail capacity by 10 per cent.

Laurie Winkless, author of Science and the City, has studied the hidden science and engineering that are the backbone of some of the world’s largest metropolises and to mark the launch of her book, she has given WIRED an exclusive look behind the Crossrail scenes. She reveals how the tunnels and structures of Europe’s biggest engineering project have been designed and created and takes you on a journey into the underground.

The team building Crossrail used tunnel boring machines (TBMs) to carve out the tunnels. Over the past three years, eight 150 metre-long TMBs (working in pairs) have dug 21km of tube routes.

Each machine costs around £10 million and operated for 24 hours a day, requiring a team of 20 people to function. One TBM only covers 100 metres a week, a small distance for such a big machine.

Out of the eight TBMs, six are earth pressure balance machines which tunnel through the clay, and two are slurry machines for the chalk and water. On the slurry machines, the cutter head rotates three times per minute and the resulting earth is mixed with water to form a chalky milk and sent to the surface via pipes, where it is going to be used for land restoration.

Crossrail held a competition to suggest names for the TBMs. One was christened Elizabeth, and “she”, like the other seven machines, weighs 1,000 tonnes in total.

The huge TBMs have been instrumental in creating much bigger tunnels for Crossrail too. When the Jubilee line was extended in 1999, the new tunnels were 4.4 metres in diameter. By comparison, Crossrail is a giant at 6.2 metres in diameter, and only marginally smaller than the high-speed Channel Tunnel rail link (7.2 metres).

After the tunnel has been carved out, the TBM then uses its hydraulic arm to install seven identical sections of reinforced concrete into the tunnel in order to stabilise it. After this, thousands of bolts are put in place and the tunnel is officially ready for action.

Now the tunnels have been created, more than 1.5 kilometres of platforms and pedestrians are being dug more than 40 metres below street level at tube stations including Farringdon and Whitechapel. Farringdon in particular, is a crucial part of the Crossrail project. When it opens in 2018, around 90,000 people will use the new Elizabeth line station every day, and 150,000 people will use interchanges to go between Tube and National Rail services.

A total of 66 trains have been built for TfL in Derby by Bombardier. The new fleet will be a significant upgrade on the current tube trains, and will feature walk-through carriages, air conditioning and CCTV for passenger security.

Most exciting of all, the brakes on the new trains will “regenerate” electricity when used meaning the trains will use 30 per cent less energy that the current top-of-the-range fleet.

Winkless’s new book, Science and the City, looks at the revolutionary science and engineering ideas that are keeping the world’s cities moving. With a background in physics and space science, Winkless covers topics ranging from infrastructure, transport, energy sources and pollution prevention in different cities.
In addition, Science and the City looks to the future: addressing how technology will help us meet challenges of a growing world population and increasing demands for power, water and internet access.